This Day in History: Marines Raise Flag on Mt. Suribachi 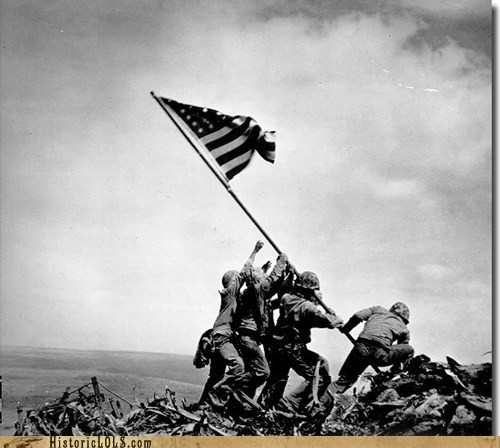 On this day, during the battle for Iwo Jima, U.S. Marines raise the American flag atop Mt. Suribachi, the highest point on the island of Iwo Jima and a key strategic point.

Later, Marine commanders decide to raise a second, larger flag, an event which an Associated Press photographer captured on film. The resulting photograph became a defining image of the war.

Posted by ichc.brian
and 1 more...

THEY SEE ME FLYIN'
Advertisement