Lemonade Stand of the Day 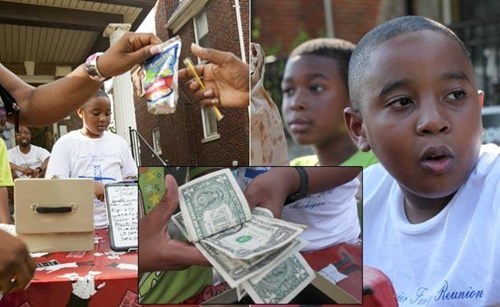 Joshua Smith was determined to help Detroit ease its desperate financial burden. So he did what any industrious 9-year-old would do -- he launched a successful lemonade stand.

Joshua's new business, which he ran with his pals for five days last week, garnered more than $3,340 in donations, with "sales" pouring in from as far as Canada, South Africa, Uganda, and the U.K.

By Friday, he had received an award for outstanding achievement from the Detroit City Council, sold lemonade to members of the University of Michigan's men's basketball team, and been awarded a $2,000 college scholarship from the Rosa L. Parks Scholarship Foundation.

"I'm really happy that a lot of people supported me," Joshua said. "It was successful but tiring."

Detroit will use the proceeds from Joshua's stand to maintain a park and playground near his house.