Brace Yourself, There May Be Ewoks in Star Wars VII

Warwick Davis will be returning to Star Wars, but as who we don't know. He's most famous for playing Wicket the ewok, but Davis also played an arms dealer and the alien Wald, so it's entirely possible he won't be an ewok, but one can hope. 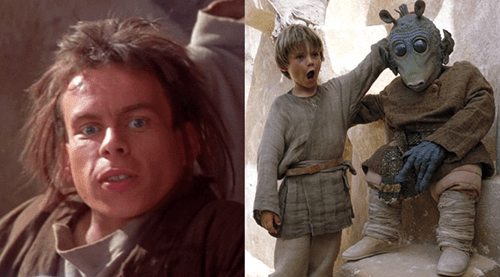 In other Star Wars news, Emperor Palpatine's been given a new, canon first name: Sheev. So, there's that too.

YOU'VE STILL YET TO TELL ME IF YOU'RE A BOY OR A GIRL!