What Is Causing the Thanksgiving Storm? 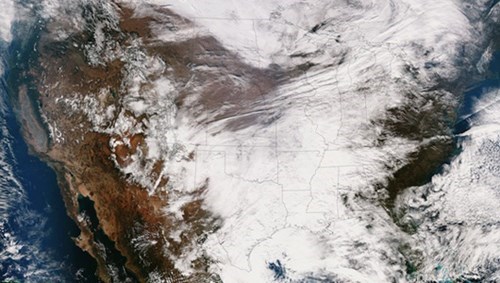 A messy winter storm is moving across the eastern half of the United States, threatening to delay drivers and fliers right before Thanksgiving Day, one of the busiest travel times of the year.

The storm is actually the same upper level low-pressure system, or trough (essentially a dip in the jet stream), that tore over the Southwest over the last few days, Brian Hurley, a meteorologist with the National Weather Service said. The storm dumped nearly a foot of snow in parts of northern New Mexico, prompted hundreds of flight cancellations in Texas and caused several deadly traffic accidents across the region, the Los Angeles Times reported.

Grandpa Hates Banana Bread, Eats It For Years Out Of Love

A Compilation Of Absolutely Terrible Maps