Evolve is on the February Cover of Game Informer 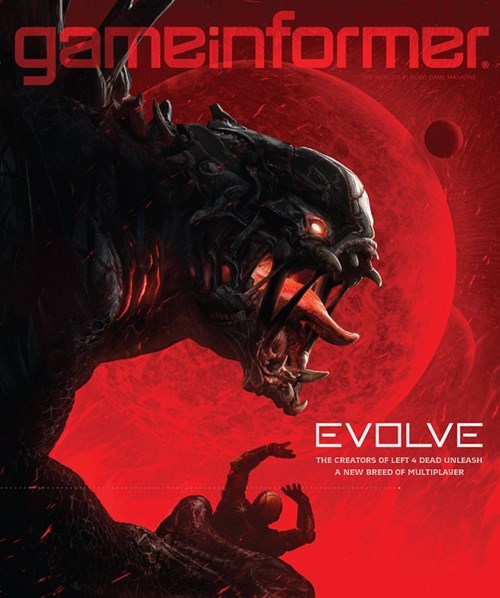 The sci-fi multiplayer-focused shooter pits a four-player crew of alien hunters against a separate player-controlled monster that grows larger and more powerful over the course of matches. Each hunter features its own unique items and abilities, and while the monster may be outnumbered, its size and an assortment of devastating attacks make it a more than formidable foe. Like Turtle Rock's previous titles, Evolve is being built with variety and replayabilty in mind; the result is a novel mix of cooperative and competitive multiplayer elements that's unlike anything we've played before. Our exclusive hands-on time with the game's four-versus-one hunt mode left us with plenty to be excited about, and you can get all the details in this month's issue.

Starbound Hits One Million Mark, Isn't Even Out of Beta
Comments - Click to show - Click to hide

This Confuses the Trixie