Hubble Takes a new Photo of the Pillars of Creation 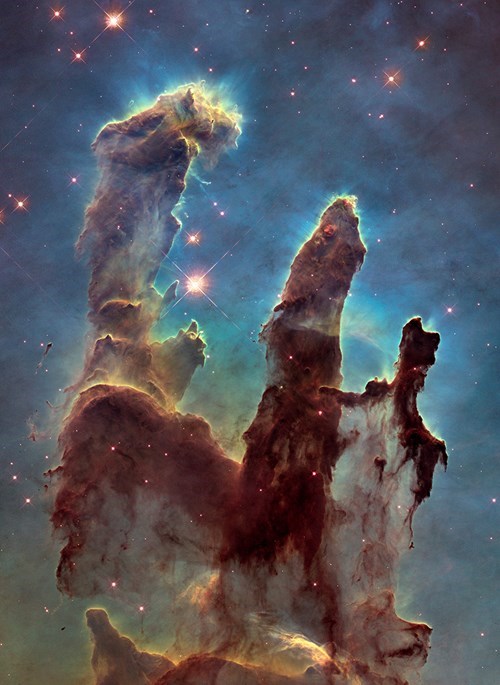 Hubble is reprising one of its greatest hits. Twenty years after the release of its iconic image of the Eagle nebula's "Pillars of Creation", the space telescope – which turns 25 this year – has captured two new, even sharper views that peer through the pillars' shrouds of dust.

The original image, taken in 1995 with Hubble's Wide Field and Planetary Camera 2, revealed three towering "elephant trunks" of gas and dust that are in the process of forming new stars. The columns are also being sculpted and eroded by winds from nearby young star.

Revenge Of The Week: Parents Use Trees To Block Occupancy Permits