Lazy Person of the Day: Man Walks Dog While Driving Car in Dubai 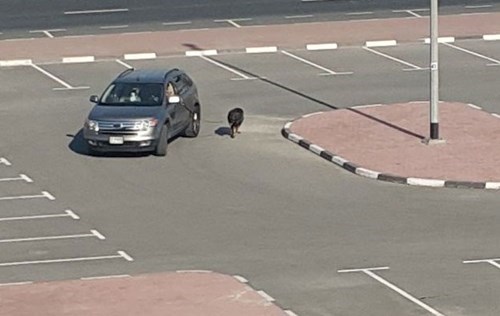 Via 7 Days in Dubai
Repost
Recaption

And the laziest pet owner of the year award goes to this guy.

A man was spotted this week “walking” his dog around a parking lot in Dubai, the only problem was that he never got out of his car.

Local artist Jim Wheat spotted the scene and took a photo, saying he initially thought the dog was a bear because it was so big.

“It was like a dog on a treadmill,” he said.

They duo did 5 laps around the lot at about 3 mph before driving away.

Twitter Thread: How Taylor Swift Cut Out Her Predatory Label