It's Official: Spider-Man Is Merging With The Marvel Cinematic Universe 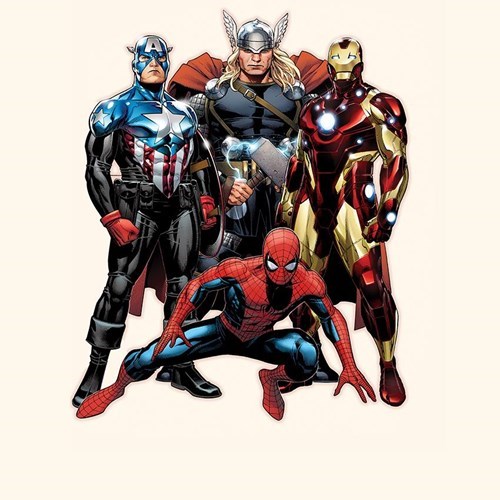 In a deal fans have been speculating on since 2008, Marvel and Sony have come together to merge The Amazing Spider-Man franchise with the MCU. Spidey will first appear in an upcoming film for Marvel, before Marvel head Kevin Fiege goes on to co-produce (with Sony's Amy Pascal) Spider-Man's next solo film set for July 28th, 2017.

Based on the date, we can assume Spider-Man will be introduced to the other Avengers in Captain America: Civil War on May 6th, 2016. The movie will pit Captain America against Iron Man over the civil rights of costumed heroes, and Spider-Man played a huge role in the storyline in the comics.

No word yet, as to what direction Spider-Man will go after this change. Will Spidey still be Peter Parker, or will we see Miles Morales or Gwen Stacy take up the role? Will we get another reboot? What do you hope to see from Spidey in the future?

Posted by itsbutton
and 9 more...