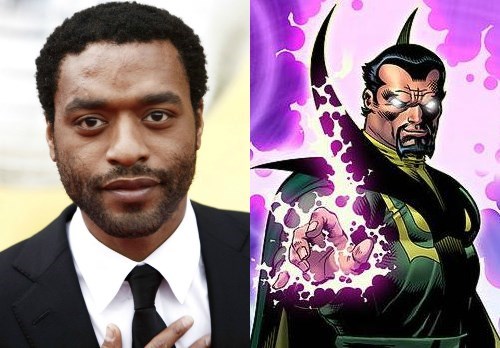 Chiwetel Ejiofor (12 Years a Slave) will take on Benedict Cumberbatch in a sorcerer's duel next November in Marvel's next comic to movie property, Doctor Strange. Stephen Strange (Cumberbatch) is a former surgeon, who after a serious injury to his hands, discovers a secret world of arcane arts and demons. Ejiofor will play Baron Mordo, his rival and former student of The Ancient One (Tilda Swinton) who seeks power over all else.

Much like last year's Guardians of the Galaxy, Strange will open up Marvel's movie universe to a new realm. While Guardians showed audiences the galactic side to Marvel, Strange will introduce the magical/supernatural aspects. Hopefully, there's room for Blade or Ghost Rider in the near future.

Check Out Some of Your Favorite Disney Animals as People