Don't Do That of The Day: The Weeknd Says Taylor Swift Couldn't Stop Stroking His Hair 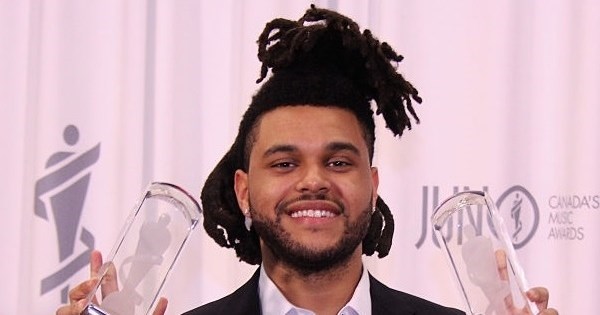 Taylor Swift just can't keep her hands to herself.

Singer Abel Tesfaye, better known as the Weeknd, says that when he first met Swift she kept "petting" his hair.

He described the bizarre encounter with Taylor Swift in Rolling Stone:

"But the whole time she was talking," he says, "she was kind of, like, petting my hair? I think she was just drawn to it — she must have been a little gone off a few drinks. And of course I'm not going to be like, 'Hey, can you stop?' I mean, it felt good! But when she started petting my hair, that's when I was like, 'I definitely need a drink.'"

For those clueless individuals out there, touching a black person's hair is normally a cultural no-no. And it really doesn't help Swift's image when she also makes music videos like this.

Data of The Day: Google's 'Frightgeist' Maps Most Popular Halloween Costumes Across The U.S.