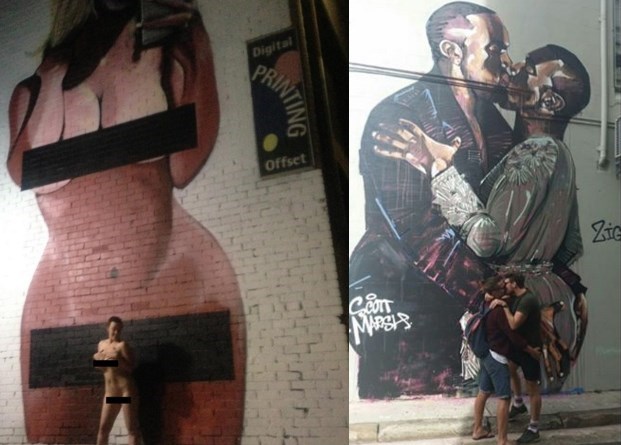 Shortly after her infamous nudie-gram, a larger than life mural of Kim Kardashian's much debated picture popped up in Australia.  Some people have apparently been taking pictures in front of it naked because, um, solidarity?

In similar Kardashian news, her husband Kanye has a mural of his own, also in Australia. It's a giant version of Kanye kissing Kanye, by graffiti artist, Scottie Marsh ,who posted a picture of it on his Instagram. People are apparently taking pictures kissing in front of it.

Whent he Kim mural recently got defaced it only prompted more unclothed posing with the caption proclaiming "We can't be shamed!": 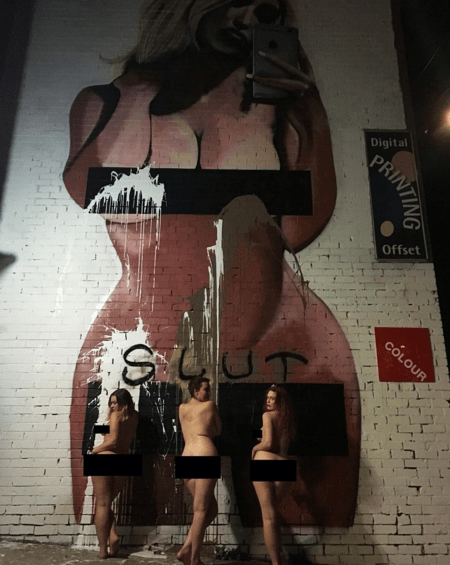 Sad Pawpaw Update: He's Having a Cookout and We're All Invited

Prank of the Day: Watch This Kid Get Destroyed by a Bungee Cord