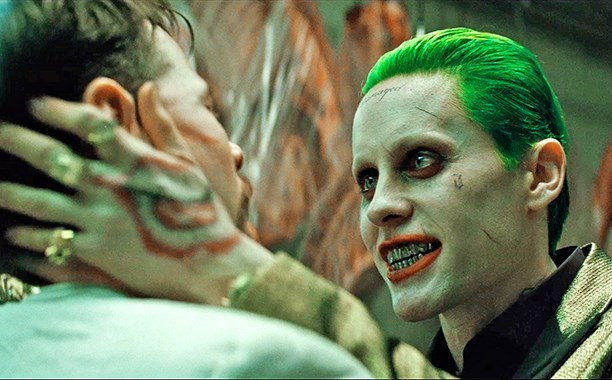 “Joker killed Robin and Batman basically smashes his teeth out and locks him up in Arkham Asylum,” Ayer said. “It’s in the asylum where Joker would have done the ‘damaged’ tattoo as a message to Batman saying, ‘You’ve damaged me. I was so beautiful before and now you’ve destroyed my face.’ That’s where the grill comes from.”

Don't Tell Her How to Do Her Job

How 'Bout Them Apples?