Trump Says Meryl Streep is Overrated, So Twitter Finds Other Things That Trump Thinks Are Overrated

At the Golden Globes last night, Meryl Streep, the three time Oscar-winner, gave a rousing acceptance speech about what Hollywood, foreigners, and the press are in for under the rule of a billionaire reality-TV gameshow host.

Needless to say, President-elect Trump didn’t find it so great. Apparently, he doesn’t like people bringing up the time he made fun of a reporter’s disability. 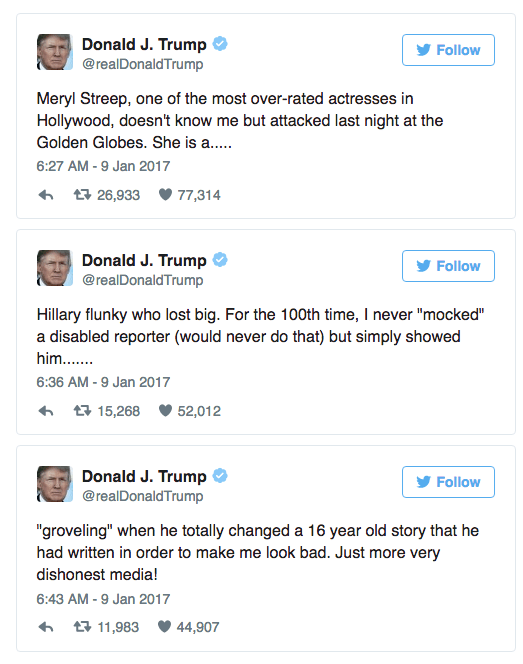 Twitter wasn’t too psyched to hear the beloved actress referred to as “overrated,” so they decided to think of some other things that Trump might find overrated.

Check out some of the best #ThingsTrumpThinksAreOverrated

Babysitter Makes Parents Pay For Items Damaged By Unsupervised Kid, Asks If She's In The Wrong

Karen Demands Exact Change, Upset That She Gets It

Entitled Folks and Their Absurd Boldness