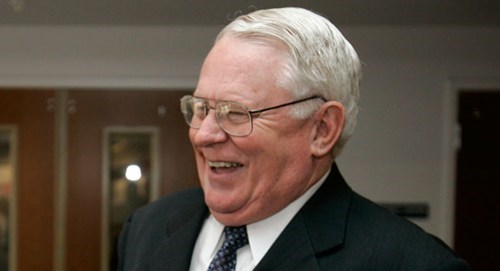 Rep. Joe Pitts, R-Pa., is doing some major damage control after he urged "negotiations between a vegetable and a dead man" in a recent letter to a constituent:

With the global war against terrorism, it is now incumbent on Prime Minister Ariel Sharon and Palestinian Authority (PA) Chairman Yasir Arafat to clamp down on Palestinian extremists that have perpetuated violence and to restart a peace process that has collapsed.

The constituent happened to be the father of Ian Rhodewalt, a journalist working for Mondoweiss, a news site that covers the Middle East and the Israeli-Palestinian conflict. As Arafat died in 2004 and Sharon has been in a coma since 2006, Rhodewalt asks: "I wonder to whom Pitts thought he was giving those standing ovations when (current Prime Minister Benjamin) Netanyahu spoke to Congress?"

Kids Review The Darndest Things of the Day