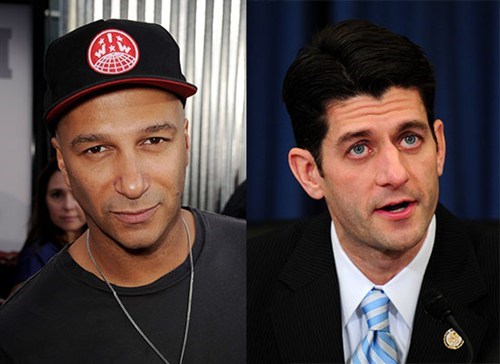 The feeling isn't exactly mutual, as a brutal op-ed in the latest Rolling Stone by Rage Against the Machine guitarist Tom Morello makes clear:

Paul Ryan's love of Rage Against the Machine is amusing, because he is the embodiment of the machine that our music has been raging against for two decades. ...

I wonder what Ryan's favorite Rage song is? Is it the one where we condemn the genocide of Native Americans? The one lambasting American imperialism? Our cover of "F**k the Police"? Or is it the one where we call on the people to seize the means of production? So many excellent choices to jam out to at Young Republican meetings!

Wait For It... Weather Report of the Day