Resentment of the Day 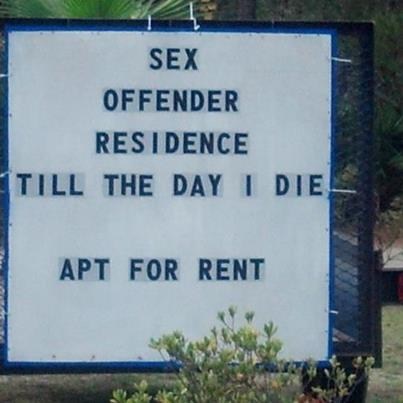 A Florida resident has caused a stir in his neighborhood for putting a strange sign in the front yard proclaiming himself as a sex offender. According to the local news report, Jeffrey Mitchell was given the status for pleading no contest to one count involving child pornography allegedly found on his computer (after two years of costly but unsuccessful legal dispute) and decided to put the sign up as a way to start a conversation with his neighbors and share his side of the story with the community.

Holiday Spirit of the Day