Controversy of the Day: Mike Huckabee Wishes He was Transgender So He Could Shower With Girls

Caitlyn Jenner introduced herself to the world on Monday by appearing on the cover of “Vanity Fair,” breaking the internet and winning practically everyone over with her new look.

And on Tuesday Mike Huckabee also started making waves online… for being a total creep.

At the National Religious Broadcasters Convention back in February, the former Arkansas governor was discussing the issue of gender identity, when he made an offensive joke that mocked people who are transgender.

“Now I wish that someone told me that when I was in high school that I could have felt like a woman when it came time to take showers in PE,” he said. “I’m pretty sure that I would have found my feminine side and said, ‘Coach, I think I’d rather shower with the girls today.'”

World Net Daily uploaded the video to YouTube this past weekend, so it just started to get national attention this week.

Any sliver of a chance he had a becoming president just went down the drain with that punchline.

Meanwhile on Twitter, the Huckabee jokes are top notch. 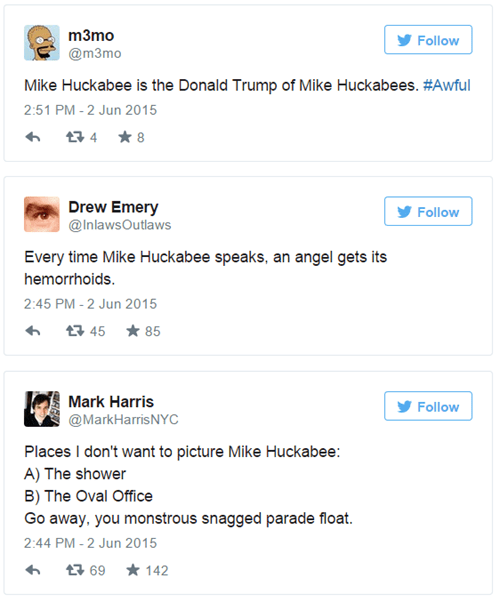 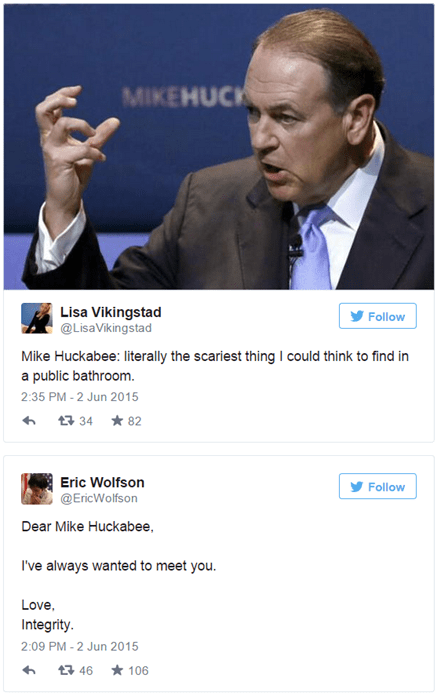 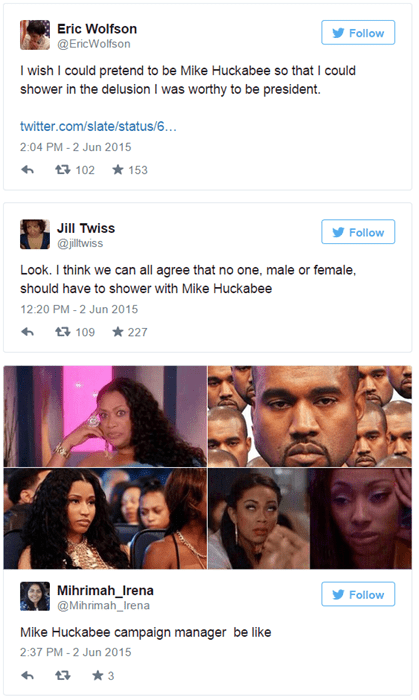 Things That Are Immoral But Not Quite Illegal