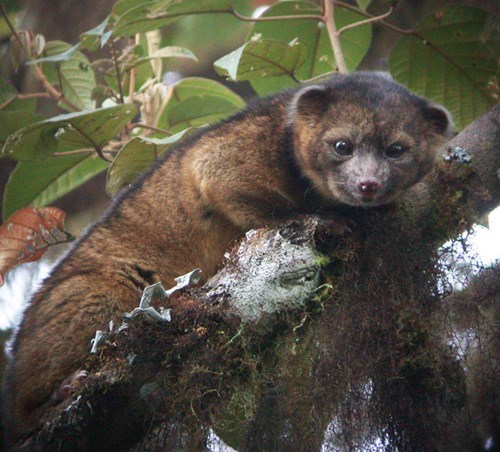 In a very rare find, a new Mammal species called the 'olinguito' has been discovered. Even the researcher who discovered it had to admit it's darn cute, saying, "it looks kind of like a fuzzball."

It's native to South America and is something of a "cross between a teddy bear and a house cat." Other notable features of the olinguito include a tiny, pink button nose, long sharp claws, and beautiful golden and mahogany fur.

Read more about this little cutie on Smithsonian Science.

This is so sweet