Good Thing Newt Gingrich Is on the Case 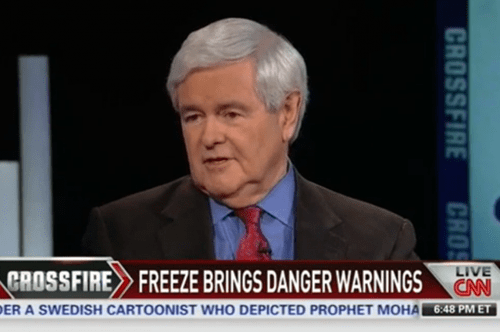 Newt Gingrich was a little off-message during CNN's climate change debate Monday night. He was supposed to be pointing to the record-breaking cold temperatures as evidence that global warming is a hoax, like his fellow climate deniers.

But in lieu of wasting time denying the rise of global temperatures, the former House speaker and self-proclaimed "amateur paleontologist" instead chose a different tack: suggesting that it's arrogant of humans to act like we can or should control Earth's thermostat.

Bad Dad Goes Behind Mom's Back to Name Baby, Brother Returns the Favor

Student Nukes Business From Orbit Over A D-

Bad Dad Goes Behind Mom's Back to Name Baby, Brother Returns the Favor

Entitled People and Their Unreasonable Demands