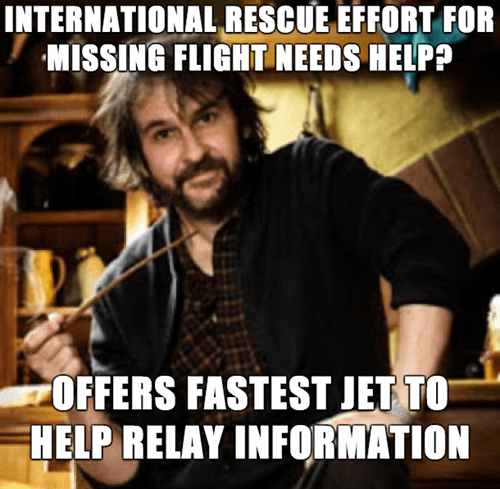 Director Peter Jackson of Lord of the Rings fame has provided use of his Gulfstream G650 to help search for the missing Malaysia Airlines jet. Jackson's plane is capable of flying faster and farther than any other plane being used in the search effort. Good Guy Jackson has been trying to keep his involvement on the down low, because according to his spokesperson, "a lot of civilian and military aircrafts are involved in the search, and it's kind of disappointing that because one is owned by a celebrity it becomes a matter of news when there are [over] 200 people missing."

Out of the Mouths of Babes

Pinkie Do a Art

The Pony the Wizard and the Wardrobe