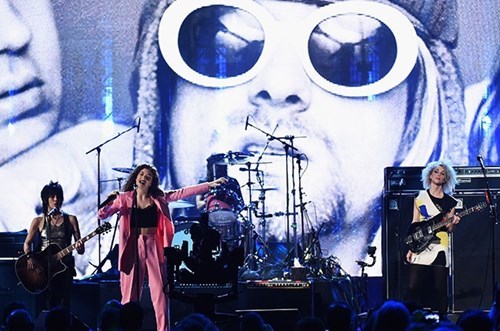 Nirvana joined the Rock and Roll Hall of Fame in their first year of eligibility, alongside Kiss, Peter Gabriel, Hall and Oates, Cat Stevens and Linda Ronstadt. Michael Stipe, from R.E.M., inducted Nirvana into the hall of fame saying "Nirvana tapped into a voice that was yearning to be heard. Nirvana were kicking against the mainstream. They spoke truth and a lot of people listened."

Here were the four Nirvana performances during the show:

And Lorde sang "All Apologies"

Pre-Season Trivia of the Day: The Origins of All 32 NFL Team Names