Could Titan Be Older Than Saturn? 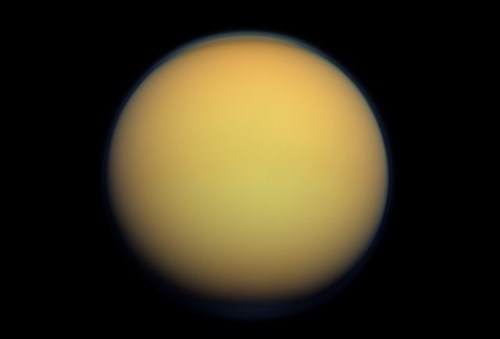 The hint comes in the form of a ratio. All elements have a certain number of known isotopes — variants of that element with the same number of protons that differ in their number of neutrons. The ratio of one isotope to another isotope is a crucial diagnostic tool.

In planetary atmospheres and surface materials, the amount of one isotope relative to another isotope is closely tied to the conditions under which materials form. Any change in the ratio will allow scientists to deduce an age for that material...

"When we looked closely at how this ratio could evolve with time, we found that it was impossible for it to change significantly," Mandt said in a press release. "Titan's atmosphere contains so much nitrogen that no process can significantly modify this tracer even given more than four billion years of Solar System history."

A Smattering of Puns to Fill the Pun Void

Obvious Liars Called Out For Lying To The World