Fail of the Day: Typo in Sheriff’s Office Rugs Makes Them for the Dogs 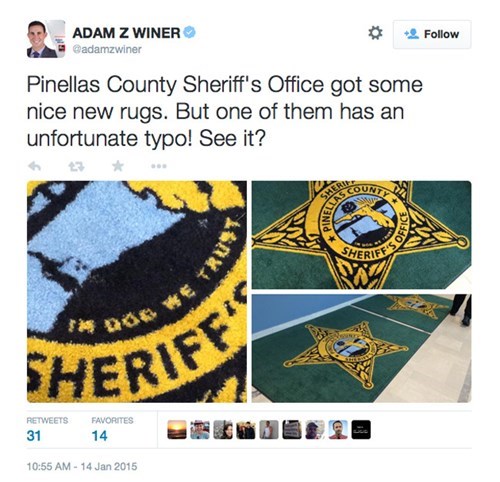 The Pinellas County Sheriff's Office in Florida bought some fancy new rugs recently, but they had to remove them because of a little spelling mistake.

Within the crest the text reads "In Dog We Trust" instead of "In God We Trust."

The mistake went unnoticed for several weeks before they realized it.

Since news of the photo spread online people have taken to the sheriff's office Facebook page asking that they auction it off and donate the money to an animal charity or place it in the K9 unit instead.

Or they could just appoint this guy as the new sheriff.

Woman Refuses To Cover Pregnant Coworker's Workload, Gets Called Out

Creepiest Most Unexplainable Things That Happened To People