The Verdict Is In: No Sequel for Judge Dredd 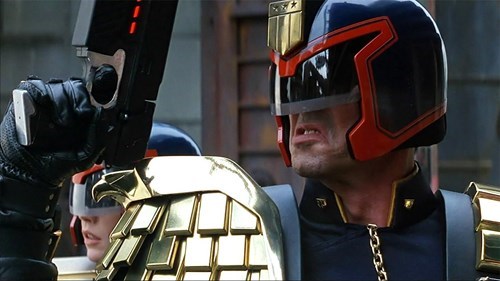 Via i09
Repost
Recaption

"There isn't, as far as I can tell, going to be a Dredd sequel. The basic mechanics of film financing say that if you make a film that loses a ton of money, you're not going to get a sequel. And that's basically what happened.

And I understand and appreciate the support the film has had, and the campaigns that have existed for it, and it's really genuinely gratifying — I love it in all respects except one, which is when I hear about people buying copies of the DVD in order to boost sales and to change the figures. And what I want to say to them is, "Don't do that. Keep your money." Because the people that are making the decisions are much colder and harder than that. And the graphs they're looking at are not really going to be sufficiently dented by that.

So the support for the film is truly appreciated. But if there is going to be a sequel, it's not going to be me and the team of people who worked on the previous film, it's going to be another bunch of people. And good luck to them, and I hope it happens. I really do. I hope they do a better job than we did."