It Literally Rained Spiders in (Where Else) Australia. Can We Set the Sky on Fire Now? 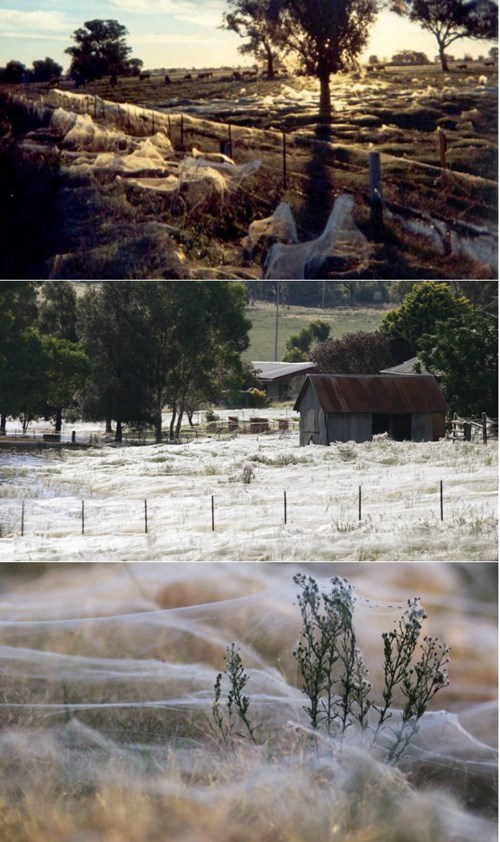 Millions of baby spiders appeared to rain down from the sky earlier this month in the Southern Tablelands in Australia. One resident described the effect it had on their home as such: "The whole place was covered in these little black spiderlings and when I looked up at the sun it was like this tunnel of webs going up for a couple of hundred metres into the sky."

Read that again and try not to let your mind implode from the Lovecraftian horror from it all.

The phenomenon is (terrifyingly) not that uncommon. Apparently the spiders "balloon" by throwing out sheets of webbing and use the winds to carry themselves around. When weather conditions are poor, none of the spiders go anywhere of course. But when the weather picks up again, they all leave in one terrifying hell-swarm.

Again, a salute to the brave (insane?) people who continue to call the continent of Australia their home.

Posted by ichc.chrispeeler
and 21 more...

Manager Tries To Give Customer Predatory Car Loan, Customer Doesn't Fall For It