Mark Hamill to Return As Joker In 'The Killing Joke' 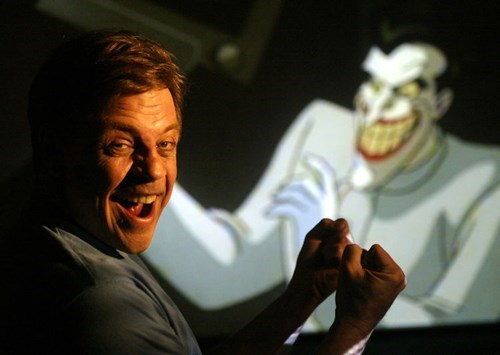 One of The Joker's most famous story lines, The Killing Joke is getting an animated movie in 2016, and Collider is officially reporting that everyone's favorite voice actor is coming back for the role. We are, of course, talking about Star Wars veteran Mark Hamill, who famously voiced the Crown Prince of Crime in Batman: The Animated Series. While everyones love Troy Baker and John DiMaggio, there's something timeless about Hamill's work.

The Killing Joke is a renowned book written by Alan Moore. Exploring the origins of The Joker, and the breadth of Batman and Comissioner Gordon's sense of right, The Killing Joke may be most famous for paralyzing Batgirl. An act that some today think was poor writing, even though it lead to everyone's favorite, Oracle.

Posted by itsbutton
and 24 more...

The Math Checks Out