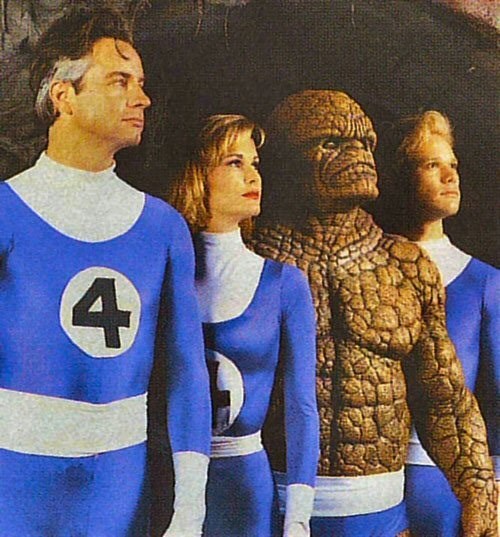 By almost all accounts, Fantastic Four is a bad movie. Some even go so far as to delightfully call it an "unmitigated garbage fire".

But if you want to go back to the beginning, back to the franchise's first brush with rotten, you'll need to watch the 1994 B-movie magnate Roger Corman's disaster.

That cult classic, that is truly so bad it's great, was never even released. It was merely produced by the German rights holder because the rights would be lost they were not used.

Years later, it leaked out to the public so the world could have its original awful Fantastic Four movie.

And, you lucky person, it's now streaming on the Internet!

It probably won't be for long, though. With FOX now owning the rights, they may not be too keen for this display of the brand. So watch it while you can!

If you're looking something slightly better, we did put together a list of 10 movies that rate higher than the most recent Fantastic Four movie.

Weird Twitter Feud of the Day: Iggy Azalea Got into it with a Superhero Fan Site

Neighbor Tries To Steal Family's Cat, Family Gets Cat Back By Singing