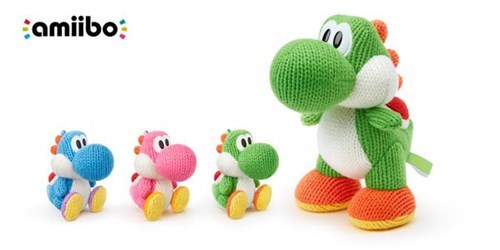 We were introduced to the yarn Yoshi amiibo at E3, but nothing could have prepared us for this cuteness.

According to Nintendo Life, Nintendo will release a giant, 'mega' version of the adorable thing:

The Yarn Yoshi amiibo triplicate was a great move by Nintendo - it brought the idea of toys-to-life into actual toys that aren't glorified statuettes. Three clearly wasn't enough though, as now we can expect a giant variation of these adorable critters to arrive in North America, Europe, Australia, and New Zealand in November.

The amiibo has identical functionality in Yoshi's Woolly World to its standard-sized cohorts, spawning a second Yoshi to be controlled in tandem to your main dinosaur pal. The amiibo chip is contained in this one's foot rather than its base, and it stands at roughly two and a half to three times the height of the previous three.

Although it's a few months after the release of Yoshi's Wolly World, it still melts our hearst.

How to Confuse a Pony #2

These Puns Are Killer

Everything The Light Touches

Friendship! Apply Directly to the Forehead!