Selfie of the Day: Bear Grylls Posts Selfie With President Obama in Alaska 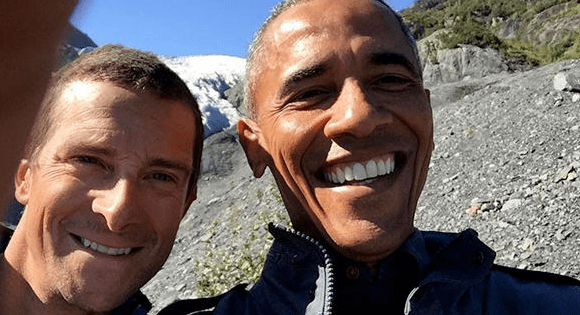 President Obama and Bear Grylls are basically besties now, and they've got the selfie to prove it.

As part of Obama's three-day trip to Alaska to study the impact of climate change on the region, he is spending time with survivalist Bear Grylls and exploring the wild.

@POTUS such special moments all through this journey. & what you are doing to help protect our planet is inspiring.

Ahead of Obama's trip, he finalized a name change of Mount McKinley. It is known officially known as Denali, the original name given to the highest point in North America by Alaskan natives.

Since starting his Alaskan adventure, the White House Instagram has been posting other pictures of Obama in the wilderness.