Reaction of the Day: Obama and Mark Zuckerberg and Others Stand With Ahmed 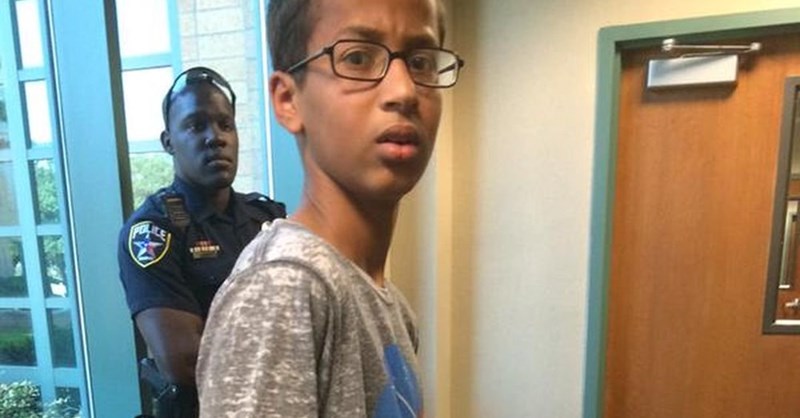 Ever since the news broke about 9th grader Ahmed Mohamed getting arrested for bringing a homemade clock to school, #IStandWithAhmed has exploded and support has come from some very powerful people.

First, the President complimented the clock and extended an invite to the White House.

Cool clock, Ahmed. Want to bring it to the White House? We should inspire more kids like you to like science. It's what makes America great.

Then Facebook founder Mark Zuckerberg applauded Ahmed's ingenuity and desire to build. And also extended an invitation to the company.

You’ve probably seen the story about Ahmed, the 14 year old student in Texas who built a clock and was arrested when he...

But was Ahmed building a BLACK clock? #IStandWithAhmed