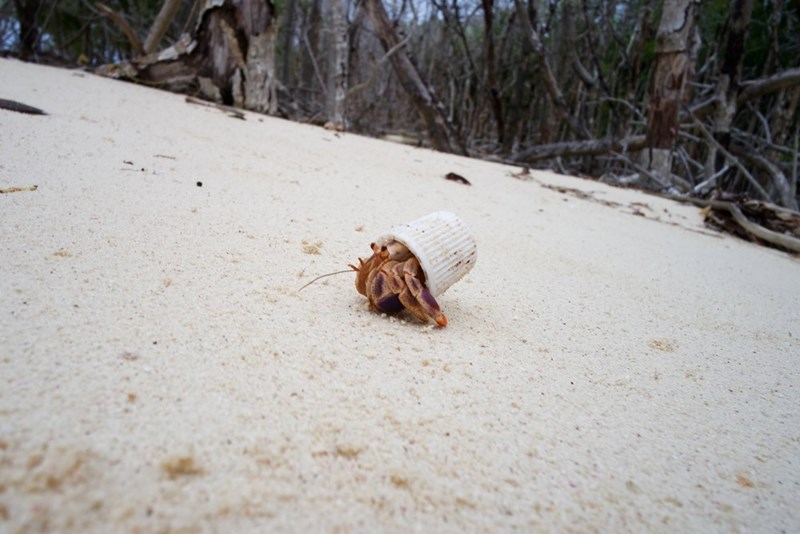 The above picture of a Cuban crab trying his best originally showed up on Reddit, but it's turned into a broader symbol of just how much GD pollution we are putting in the GD ocean.


The Daily Mail took the picture and put it into depressing, depressing perspective:

According to recent estimates, the ocean is filled with eight million tonnes of garbage - enough to fill five carrier bags for every foot of coastline on the planet.

...Around 8 million tons of plastic bottles, bags, toys and other plastic rubbish ends up in the world's oceans each year. Because of the difficulties in working out the exact amount, since much of it may have sunk, scientists say the true figure could be as much as 12.7 million tons polluting the ocean each year.

Carried by sea currents, this waste congregates into five giant 'garbage islands' that swirl around the world's major ocean gyres.

And even worse, there are other examples, as found by the Daily Dot. You can read more about it if you want, we need to take a nap.

Joint of the Day: Snoop Dogg Announces New Media Start Up Based Around Something He Apparently Loves — Pot

Entitled People Who Ought To Take Their Business Elsewhere

Actor Alan Rickman Dies at 69 After Battle With Cancer

Check Up of the Day: Dentist Gives a Run Down on Presidential Candidates' Teeth