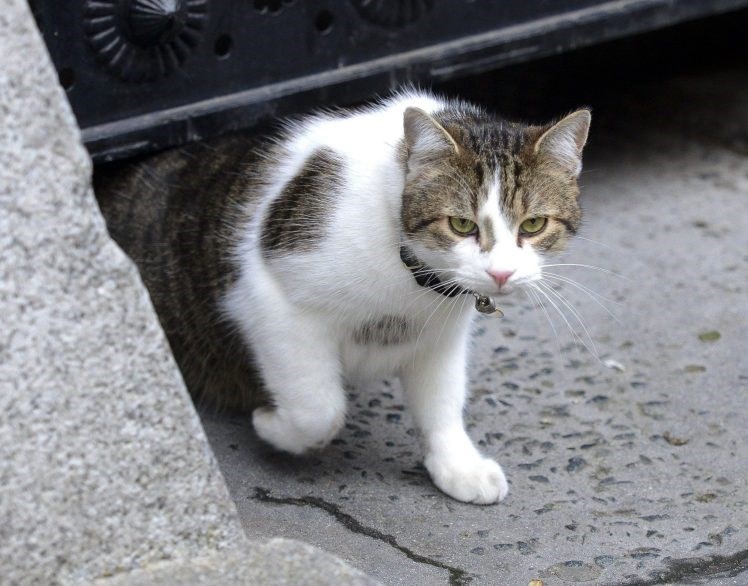 If you aren't familiar with these cats, here's what you need to know: Larry is the Mouser in Chief at the Prime Minister's residence in the U.K. and Palmerston is the Foreign Office cat that lives next door. The two don't seem to like each other very much and British news outlets can't help but cover all of their cat-on-cat drama.

Larry and Palmerston had their worst fight yet the other night and the MiC had to make a visit to the vet. Hopefully they'll be able to settle their political differences soon, before they both get hurt.

If you want to read more about Britain's most famous rescue cats, head over to NPR.

Posted by clevergirllllllll
and 1 more...

Obviously Pandas Deal With Summer the Same Way We Do: Eating Popsicles
Comments - Click to show - Click to hide

What Exactly Are The Odds

24 Purrfect Cat Memes To Turn A Frown Upside Down

Animals Being Absolute Derps: Top Seven Videos Of The Week