Update of the Day: Sheriff's Department Says It's Not Checking Facebook 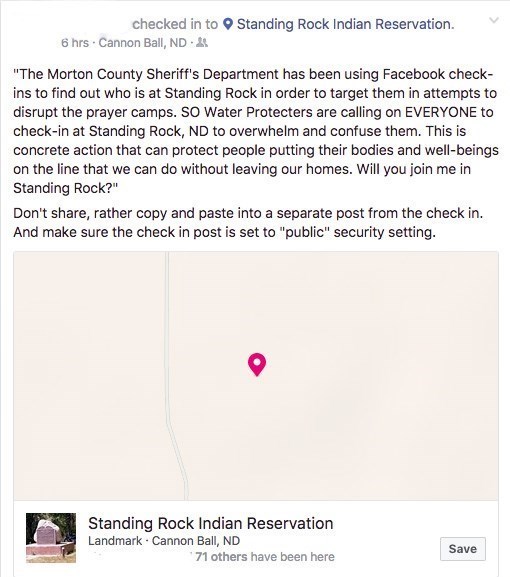 Just a quick update on all those Facebook check-ins in North Dakota yesterday. As it turns out, the Morton County Sheriff's Department says that it is not looking at check-ins to verify protesters of the Dakota Access Pipeline.

The Morton County Sheriff's Department took to Facebook and said:

Yesterday, thousands of Facebook users "checked in" at Standing Rock Indian reservation in Cannon Ball, ND in hopes of confusing police and showing support for the activists.

Despite the validity of the original post, The LA Times says, "Some Native American activists still welcomed the check-ins as another form of showing support for the months-long protest against the Dakota Access Pipeline, proposed to run past tribal land on its route between North Dakota and Illinois."

Trailer of the Day: Here's that Fuller House Season Two Trailer You Just Had to Have