Upgrade of the Day: Google Can Now Interpret Emojis 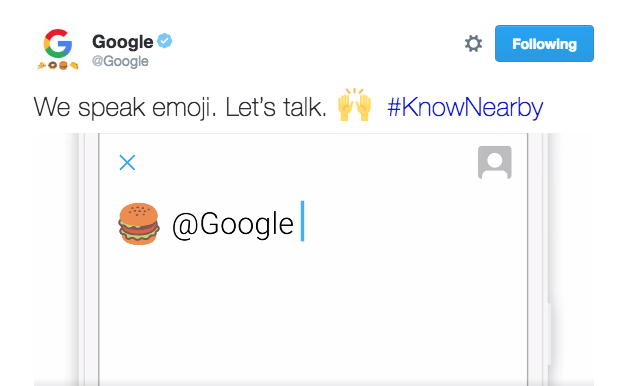 Well, you’re time is here, because as of now, you can search Google using emojis — with a few caveats. It’s not like you can just go to Google and put in an emoji burger. You have to do it through Google’s Twitter page. Simply Tweet an emoji to @Google, and they’ll respond with a corresponding search result. It’s that easy.

So basically, if you want to see what the best burger is in town, simply send them a burger emoji, and they send back some suggestions.

Mashable says, “Google says the feature will work with over 200 different emoji for food, sites and activities near you. It's also promising some ‘easter eggs.’”

This news is both good and scary, depending on your feelings regarding the peach and eggplant emojis. Proceed with caution.

Binge Watch of The Day: Netflix Reveals What We Do After We Binge Watch (Mostly Watch More Netflix)