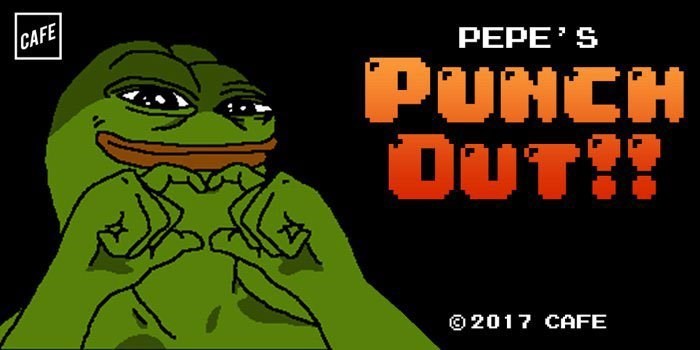 Inspired by the fun of watching a Nazi get punched in the fact, the fine folks have CAFE are putting the power in your hands. Now you can clench a fist and take out a Nazi, as long as that Nazi is a smug cartoon frog.

Yup, much like the NES game Mike Tyson’s Punch-Out!, you can engage in a digital brawl with a digital opponent. This one, however, is yes, Pepe the Frog, the Nazi mascot of today because nothing says Uber Mensch like crudely drawn amphibian.

Mad Lads Who Made The World Their Big Briny Oyster

British Karen Tries To Get Free Food, Gets Reality Checked Instead

Entitled People And Their Imaginative Demands

Mad Lads Who Made The World Their Big Briny Oyster