Backing Down from Censorship WIN 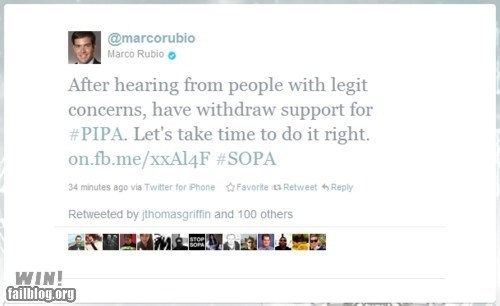 From our friends at The Daily What:

Anti-Censorship Win of the Day: In a major victory for the Internet, and major blow to its would-be censors, Sen. Marco Rubio (R-FL), co-sponsor of SOPA's sister bill PIPA, has officially withdrawn his support for the legislation.

Posted by ichc.chrispeeler
and 22 more...

Humorous Times People and Things Were Singled Out Unfairly