Breaking News: Was Colorado Shooter Dressed As The Joker? 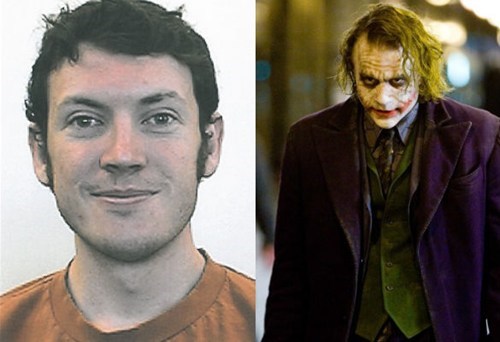 James Holmes, the 24-year-old gunman who killed 12 at a midnight premiere of The Dark Knight Rises early today, is alleged to have been dressed as the Joker at the time of the shooting, according to NYPD Police Commissioner Ray Kelly:

We have some information, most of it is public. It clearly looks like a deranged individual. He had his hair painted red, he said he was "The Joker," obviously the "enemy" of Batman.

Earlier reports say Holmes was dressed in full body armor. Kelly and his spokesman have not said who briefed him.

Aurora Police Chief Dan Oates would not confirm the information about Holmes, but confirmed he had spoken to Kelly.

This Is All Kinds Of Right of the Day