This Isn’t Shopped of the Day 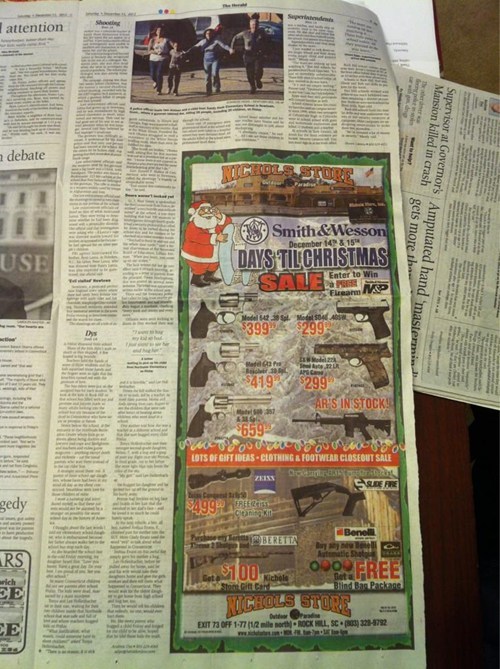 In what appears to be a terrible misfortune of oversight, the South Carolinian newspaper Rock Hill Herald has issued an apology after running a large advertisement for firearm sales alongside its coverage of the Connecticut school shooting in the Saturday edition. While the editor of the newspaper explained that it wasn't intentional on anyone's part as the ad placement had been determined on Thursday morning prior to the tragic development on the next day, he also acknowledged the fault on failing to recognize the mishap before running the paper for delivery on Saturday morning.

Believe it or not, a similar episode had been previously reported back in July, when The Denver Post displayed a banner ad for shotguns directly above its coverage of Aurora theater mass shooting in Colorado and subsequently issued an apology.

Beautiful Pipedream of the Day