Weird Stats of the Day: Toddlers killed more Americans than terrorists did this year 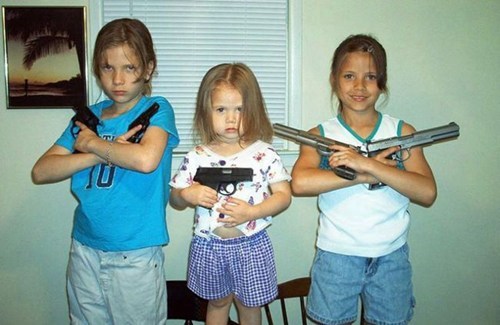 Opposing Views brings some frightening (though obviously tongue-in-cheek) statistics about the future of America: more American lives have been claimed by gun fatalities involving American toddlers than terrorist attacks this year. In the past five months, a total of 11 people were killed by preschoolers with firearms compared to the four that perished in the Boston explosions -- the only terrorist attack to occur this year. We can only hope the NSA will ramp up surveillance on children less than 5 years of age in order to counter this threat to national security.

Weird Tube of the Day: The Best-Worst Phone Conversation in History of Cinema

Wholesome Posts For Anyone Who Needs A Little Pick-Me-Up

Rumor of the Day: Fox Shuts Down Claims That Leonardo DiCaprio is Sexually Assaulted by a Bear in 'The Revenant'