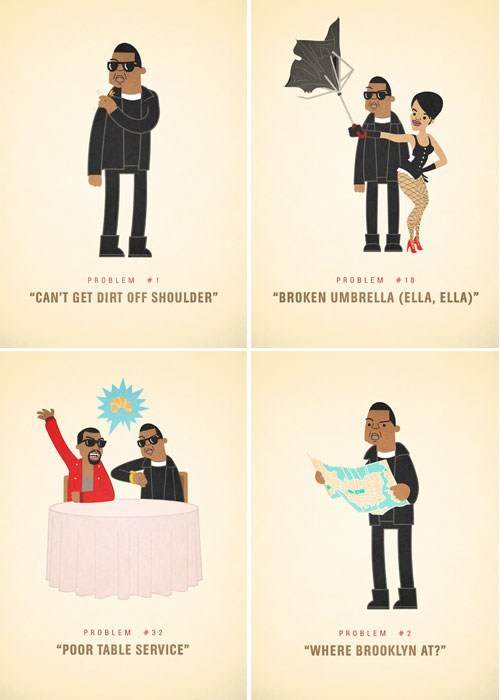 Ever wondered what Jay-Z's "99 problems" are all about? Artist Ali Graham is doing his best to figure them out in his new Tumblr blog 99 Problems, where he showcases color illustrations of Hova dealing with first world rapper problems (as often referenced in his lyrics), ranging from brushing dirt off his shoulder to figuring out "where Brooklyn at." So far, more than 40 of the rapper's problems have been illustrated, with new updates being posted via @99probs99 Twitter feed.

Parody Ad of the Day: USA vs. NSA