Ready Your Bodies, Miku is Coming 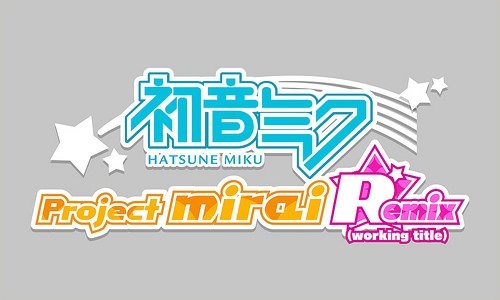 Hatsune Miku: Project MIRAI Remix features characters rendered in beautiful stereoscopic 3D, with two different rhythm game modes (button and touch) and three difficulties per song. Players will enjoy a highly customizable experience with user customization options for button icons and sounds, character costumes and gear for the character rooms. Players can create and share personalized player cards that show off who you are as well as create customized dance routines to the songs, your own musical phrase and personalized comments about their favorite in-game videos, all via StreetPass. The game also utilizes the AR card and photo capabilities of the Nintendo 3DS to bring characters to life in 3D.

"Hatsune Miku's popularity in the West keeps growing, and we are proud to support such an amazing franchise with our games," said John Cheng, President and COO, SEGA of America.

Compare HD and SD in This New Look at Kingdom Hearts HD 2.5 ReMIX
Comments - Click to show - Click to hide

Why Don't You Go Play With Your Doll, Sis?

This Is Not an Unreasonable Demand

Enjoy Her While She's a Baby, Cadenza