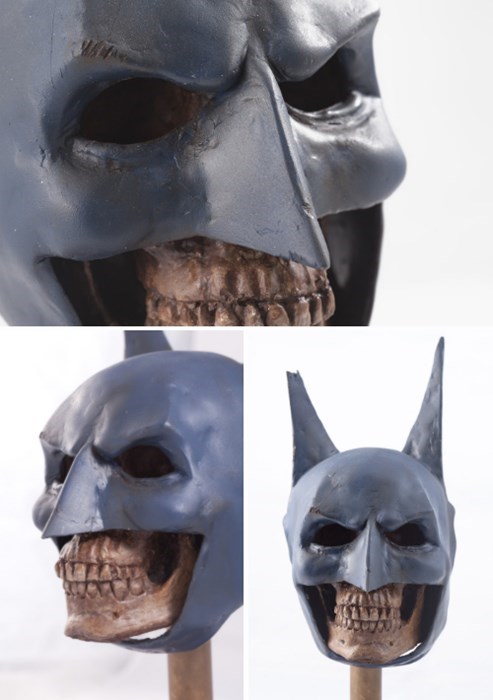 Bruce Wayne has come to an untimely end and now his remains stand as a trophy in some super-villian's lair. Underneath the gadgets and imposing suit lies mere flesh and bone.

Do Not Think Me Uncouth, Madam

It Doesn't Get Any Easier to Figure Out

Kanto Was a Particularly Nice Rock