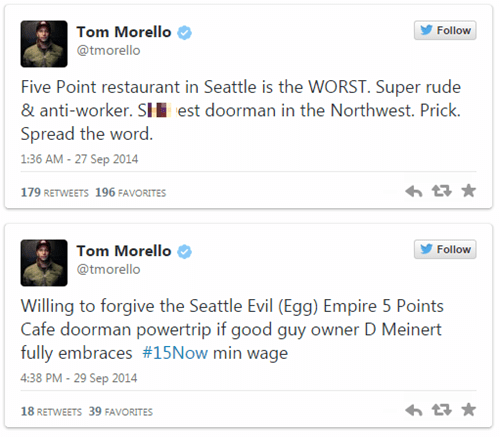 Following a benefit concert for a Seattle group looking to raise the minimum wage, Tom Morello and his party were denied entrance to the 5 Point Cafe. After blasting out his complaints on social media, the owner of 5 Point came back around on Facebook with a burn that some astronomers say you can see from orbit: 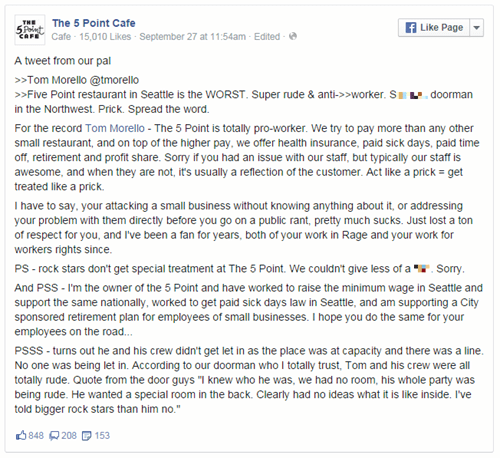