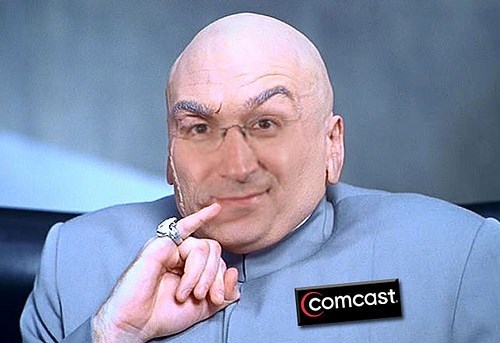 The Consumerist reports that a man known as Conal complained to Comcast after he was billed for services he didn't actually have. After Conal's complaint, the company promised him extra television channels as a make-good but instead sent him a variety of equipment he didn't need.

Conal complained to Comcast again after he was billed $1,820 for the surplus hardware. This is where things get interesting. Conal, who says he works for a large American accountancy firm, compiled a spreadsheet showing every erroneous charge he had received from Comcast, which he sent to the company.

Comcast then apparently refused to reverse the error, so in February 2014, Conal decided to try something else. Being an accountant, Conal contacted Comcast's comptroller, the office that looks after the company accounts. He said he repeatedly called them about his bill, telling them that Comcast should be investigated by the Public Company Accounting Oversight Board.

The Consumerist says that after this, Comcast got in touch with Conal's employer.

At some point shortly after that call, someone from Comcast contacted a partner at the firm to discuss Conal. This led to an ethics investigation and Conal's subsequent dismissal from his job; a job where he says he'd only received positive feedback and reviews for his work.

Terrible customer service from Comcast has itself become a meme and was recently highlighted by making a man wait on hold until the office closed and by a customer service rep refusing to cancel a man's service.

Posted by chutzell
and 9 more...

Here's the BBC's Ridiculously Star-Studded Cover of "God Only Knows"