Hatred Has Been Getting a Lot of Hate, and the Developers Aren't Sorry 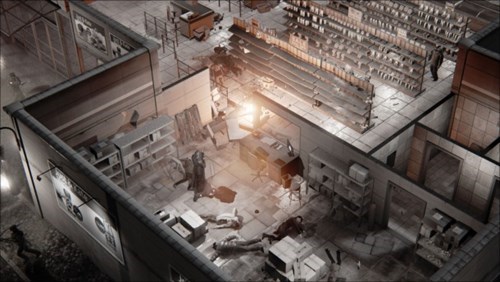 Gamona conducted an interview with the developers of Hatred, which you might remember as the one that lets you just kill innocent people, mass shooting style. Loads of gamers, including many of you felt at best uncomfortable with the premise, and at worst deeply offended by it. When asked about the backlash, the developers had this to say:

gamona: A lot of gamers are worried, that Hatred might be exactly the kind of game, that gives the mainstream press the fuel to brand all gamers as violence loving, rough and aggressive people. Do you understand those concerns?

Jarosław Zieliński: No, they're simply exaggerating. Let's face it - most games are about killing, we're just telling it straight. There is also no simple, plain evidence that games are pushing people to go on a killing spree. Such controversy as ours happened before and will happen again. And we gamers and developers are still standing here, aren't we?


gamona: What would you say to someone who lost a loved one in a mass shooting and feels hurt by your game, who can't understand how anyone can develop a game where the player is supposed to shoot as many innocent people as possible?

Jarosław Zieliński: Innocent virtual people. That's the main point. Nobody get's harmed by our game. Anyway - war is a terrible experience for all soldiers out there, what would you say to them while playing Battlefield? But the difference is that soldiers are tough guys, not some moaning p**sies, so they don't complain about their experiences being reference for virtual entertainment. Back to the beginning of your question: I'm really sorry for anyone who has lost beloved ones, but it doesn't have anything to do with our game.

You can read the rest of the interview here, if you're interested.

Wish Upon a Star

How Do Guard Against Ghost?

9 Times the Simpsons Predicted the Future