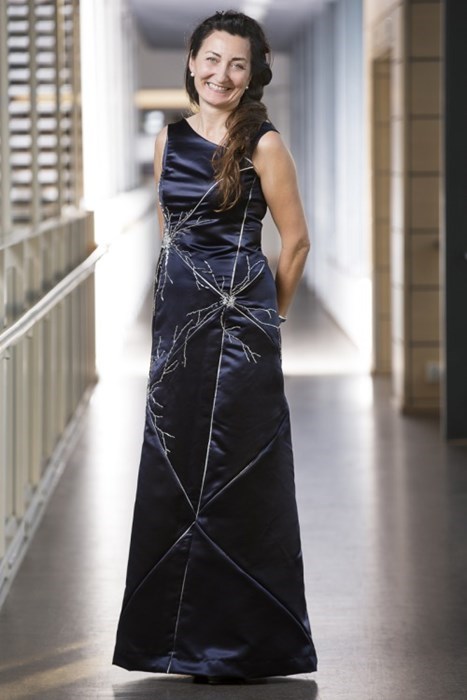 Via The Mary Sue
Repost
Recaption

It's these recently discovered neurons that inspired Matthew Hubble, a London designer who specializes in science-inspired clothing for women, to create an outfit for Moser to wear to the award ceremony last week in Oslo. Well, that and he thinks that scientists should be as celebrated as movie stars are, so why shouldn't they have designers fawning all over them when they attend formal events? Can't argue with that logic, if you ask me.

Gay Texans On Tumblr Bond Over Their Mothers' Crucifix Decor

Five Year Old Is Too Smart for Her Own Good