A British Teen Helped Out a "Weird" Artist Who Dropped His Supplies. Turns Out That Guy Was Banksy. 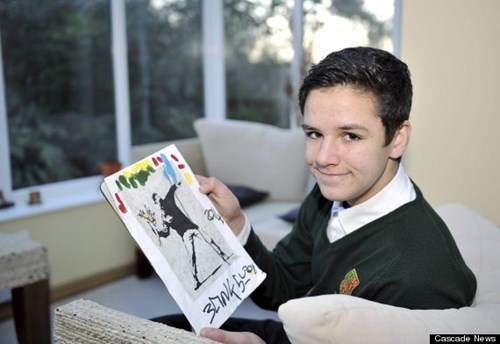 "He opened his rucksack and had a gas mask and spray paints inside. He got out a piece of paper and had colors marked on it of what he had been trying out, and he dropped his colors," Ben told England's North West Evening Mail.

Tumblr Thread On Bros Bonding Together To Use Brain Cells

The Funniest Occurrences Ever Witnessed