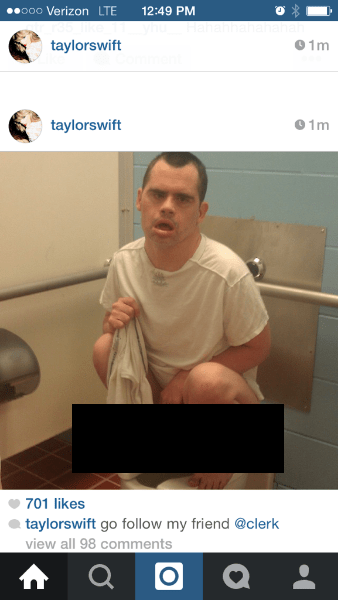 The Lizard Squad group, who brought down PSN the other month and the Malaysia Airlines website just last week, are back again. This time it's Taylor Swift, the radically positive writer of pop earworms. What could her password have been? Something tells me shakeshakeshake would have been too obvious...

Update: Swift is back in control of her social media after this little snafu, claiming that any potentially compromising photos following this hack are fake (fake fake):

Meanwhile, alleged screencaps of her DMs have showed up, conversing in a totally normal way with Nick Jonas, PewDiePie and musician BØRNS. The stars, they DM pointless crap JUST LIKE US. 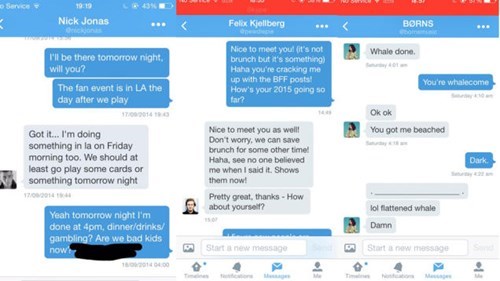 People Who Quit Their Jobs With Style

Company Won't Hire Employee Directly, They Live To Regret It

Fed Up Manager Leaves Many Notes For Troublemaker Employee

People Who Missed The Joke By Light-years

Woman Expects Coworker To Give Her Free PTO Days, Lashes Out When Rejected