Easter Egg of the Day: An Android is Peeing on the Apple Logo in Pakistan on Google Maps

Something strange is happening in Pakistan.

Team Android has discovered a bizarre Easter egg in Google Maps that shows the Android logo peeing on the Apple logo.

To check it out yourself, just go to these coordinates, and you will be sent to Rawalpindi, Pakistan.

Another piece of Google Maps graffiti was later found in the Takht Pari Forest, which you can see below. 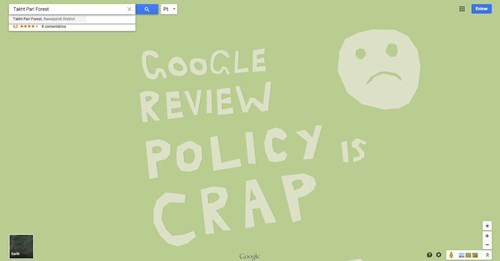 It is believed to be the result of someone abusing Google’s Map Maker tool, and the company issued a statement to The Daily Mail.

“We’ve terminated the Android involved in this incident, and he’ll be disappearing from Google Maps shortly,” said a Google rep.

And Pascal Hartig, a Twitter engineer, also pointed out that it was a random user. 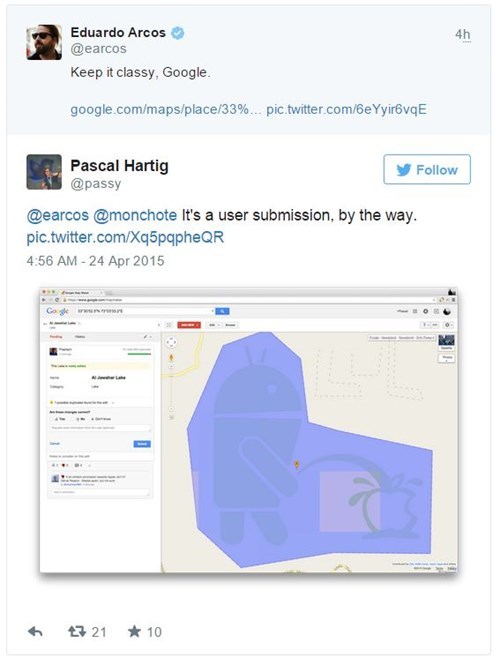 So yes, it would appear that Google Maps review process could use a little work.

Head on over to Pakistan and soak it up now before it’s gone. 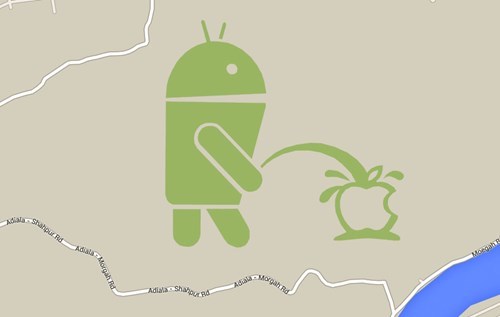 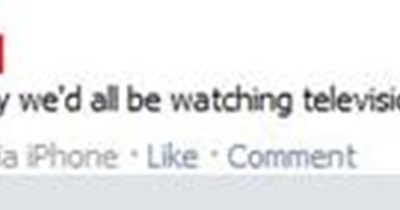 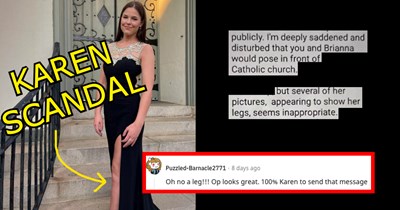 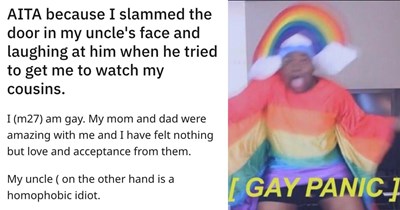 'I slammed the door in my uncle's face': Homophobic uncle asks for gay nephew to watch his kid, gets what he deserves 2 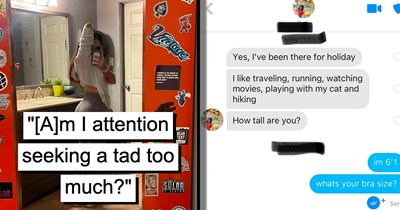 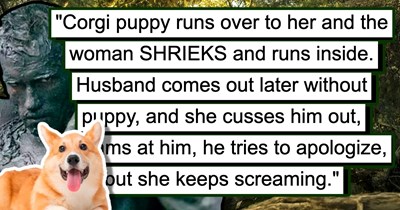 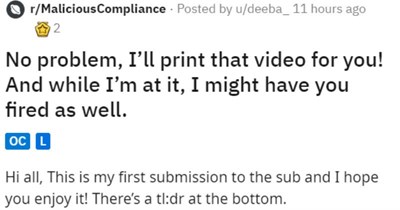 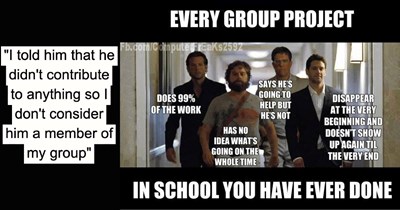 'I don't consider him a member of my group': High school student removes classmate's name from group project 6 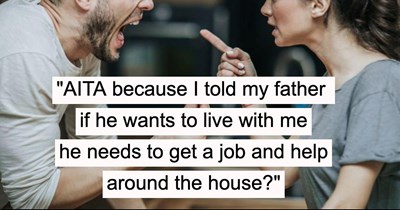 'I gave most of my money to him from 14-18': Self-made daughter gets bullied by father and brothers who want to move in with her 1 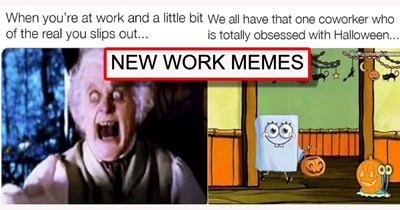 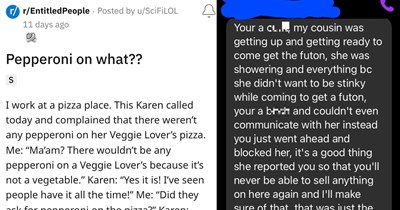 'I don't consider him a member of my group': High school student removes classmate's name from group project 4 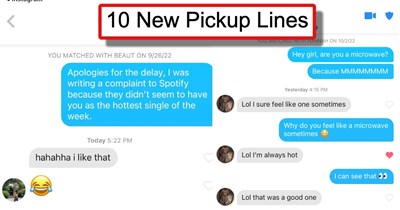 10 Pickup Lines That May Be Cringe But Mostly Worked 5 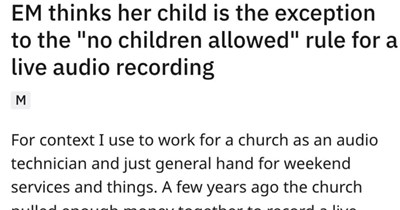