Five Nights at Freddy's Returns Again With "The Final Chapter" 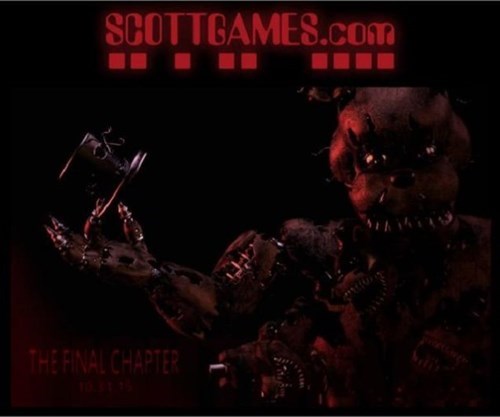 A fourth Five Nights at Freddy's game titled "The Final Chapter" has been announced, and slated for release this Halloween.  I have my doubts that this'll truly be the final chapter, but I don't know for how many more games after that Freddy's body can hang on.  He's looking as loosely stitched together as this franchise.

We Love You Pinkie Pie

To the People out There Saying Anime's Just for Kids